MULTI-AWARD winning ABC radio senior Sunshine Coast journalist Bruce Atkinson has never shied from shifting out of his comfort zone in the quest for new adventures and opportunities.

At 54-years-of-age with a 17-year-old son and two primary school daughters that trait shows no sign of dissipating as he steps out from behind the microphone to pull up stumps to head across the globe on a two-year sabbatical with his family.

He and wife Sarah have put their hinterland home and cars on the market and are now busily preparing to rebuild their lives in the United Kingdom.

Born in Cairns, raised in Charters Towers, the winner of four Clarion awards started his working life as a railway engine cleaner after pulling up short of a Grade 12 finish to his education.

He was still with Queensland Rail when the light dawned eight years later that life could offer him more.

"I was playing cricket for the uni team in Townsville,” Bruce recalled this week. "I used to think you needed to be really smart to go to uni and that I was just a dirty old railway worker.

"But I reckoned I was as smart as some of those blokes (he was playing with).”

That realisation saw him take voluntary redundancy, enrol in journalism at the then Toowoomba University College and emerge in 1993 as the ABC Longreach correspondent.

He scored the job after being asked to bring a six-pack of VB to an interview in Cairns, and at 26 started a new life.

It was one that led him to a two-year stint on the Sunshine Coast and then more than a decade as national sports reporter with the broadcaster before returning to this region in 2008. An ease with people, a commitment to his craft and an eye that was never looking for knock-off time, was rewarded with four Clarion awards for his coverage of the Rockhampton, Mitchell and Biloela floods and then the 2017 return to Vietnam of Australian veterans of the Battle of Long Tan.

Bruce's coverage of natural disasters was to secure him international recognition as the only Australian journalist invited to participate in an East West Centre disaster resilience and recovery study tour that was to take him and reporters from the Philippines, China, Japan, PNG, New Zealand and the United States on a tour of disaster locations across the globe.

"We can count ourselves lucky,” he said of the experience that included the Chengdu earthquake site in China that left 75,000 dead.

The trip to the United Kingdom is in support of his English wife, Sarah, a lawyer who is keen to return home after 17 years in Australia.

Bruce said he was hoping to find work as a battle field guide with people he has met on past trips to Europe.

"I want to see if my passion becomes a job, or whether the job kills the passion,” he laughed.

It's a passion founded in Commando comics of his father's he reckons taught him to read as a child and ramped up by the discovery of his great uncle's grave in France.

"If I'm lucky enough I'll find a job but I'm there to support my wife in her career,” Bruce said.

"You have to try these things. If you don't give it a crack you regret it even when it doesn't work out.”

It's a big step for a family who already live a comfortable life and he knows he'll miss the lack of traffic, wearing thongs, the weather and sandy beaches.

And he'll miss journalism which he describes as a privileged job that afforded access most people never had the opportunity to experience. But more than anything he expects to miss the friendships forged with the veterans of Long Tan including Commander Harry Smith and his close links to the Sunshine Coast Lightning, the players, their coach and support staff who he described as the nicest, friendliest and most easy to deal with people he had ever encountered in sport. 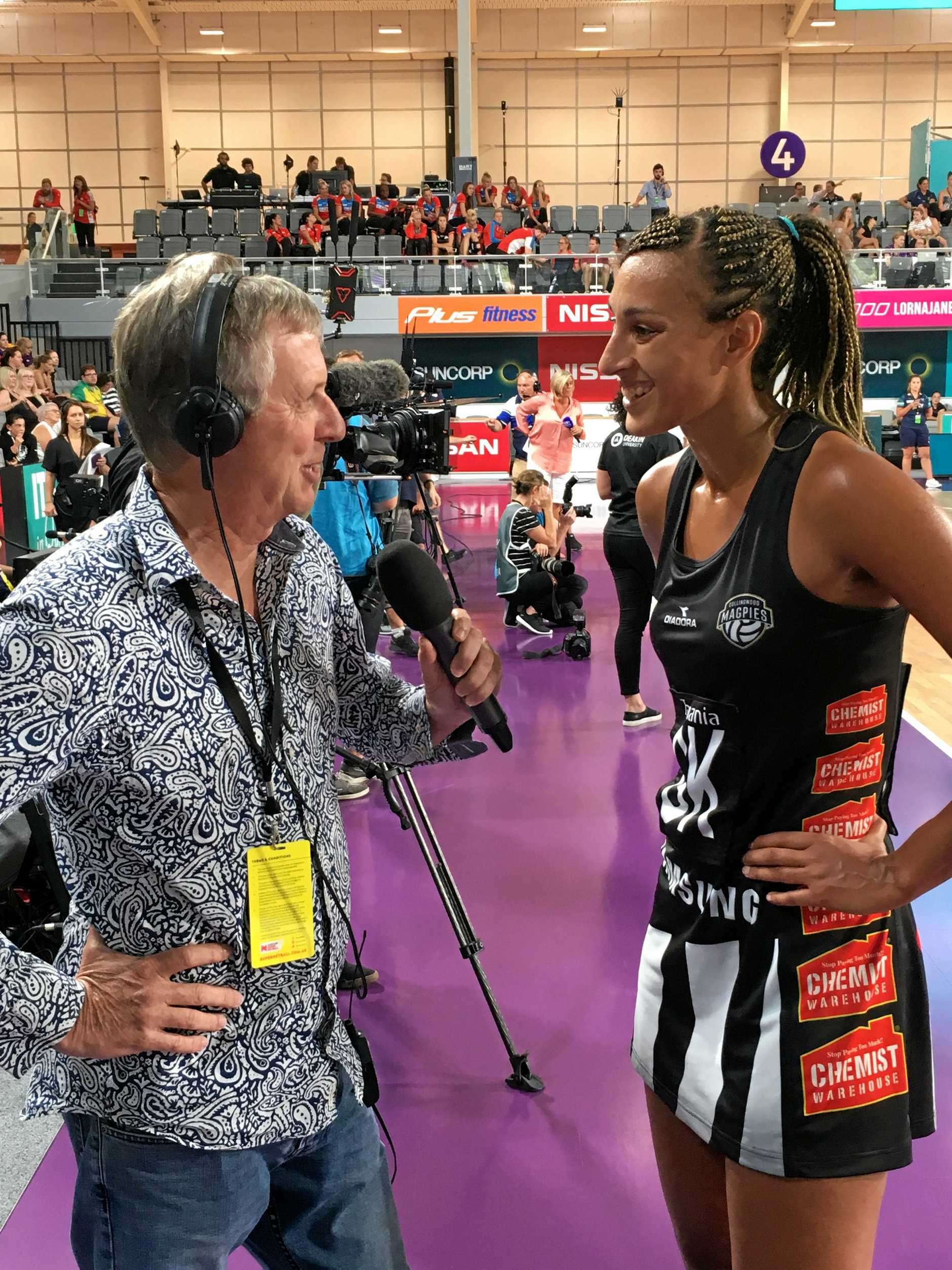 They'll miss him too. A lot of the work he produced covering the team has been on his own time.

"They are so friendly and easy to deal with they've been the highlight of the past two years,” Bruce said.